Inflation in the US and Europe climbed to 30-40 years’ maximums and stood at 9.1% and 8.6% YOY respectively, prompting more aggressive jack-up of key rates than expected. The Federal Reserve ratcheted up the key rate three times from March to July. It amounted to 2.5% as of the end of July and year-end estimates are within the 2.8–3% range. The ECB also moved to the proactive monetary policy and lifted the rate to 0.5% in July for the first time in eleven years, twice above expectations. The rise in inflation also entails the decline of households’ purchasing power, which influences slowdown of economic growth and even recession. Recession has already occurred in the US in technical terms because GDP is going down for the second quarter in a row. GDP should also contract in Q3 for official recognition of recession.

RECESSION HAS ALREADY OCCURRED IN THE US IN TECHNICAL TERMS BECAUSE GDP IS GOING DOWN FOR THE SECOND QUARTER IN A ROW. GDP SHOULD ALSO CONTRACT IN Q3 FOR OFFICIAL RECOGNITION OF RECESSION

As regards China, in view of the COVID zero tolerance policy and further lockdowns in Shanghai and other major cities, GDP of these regions contracted by 35% in April and by 20% in May. The mechanism of subsidizing, tax credits and financial markets support was introduced in China to stimulate the economy. The recent consensus outlook of GDP growth in China stands at 4.5%, which is much lower than the official target of 5.5%. 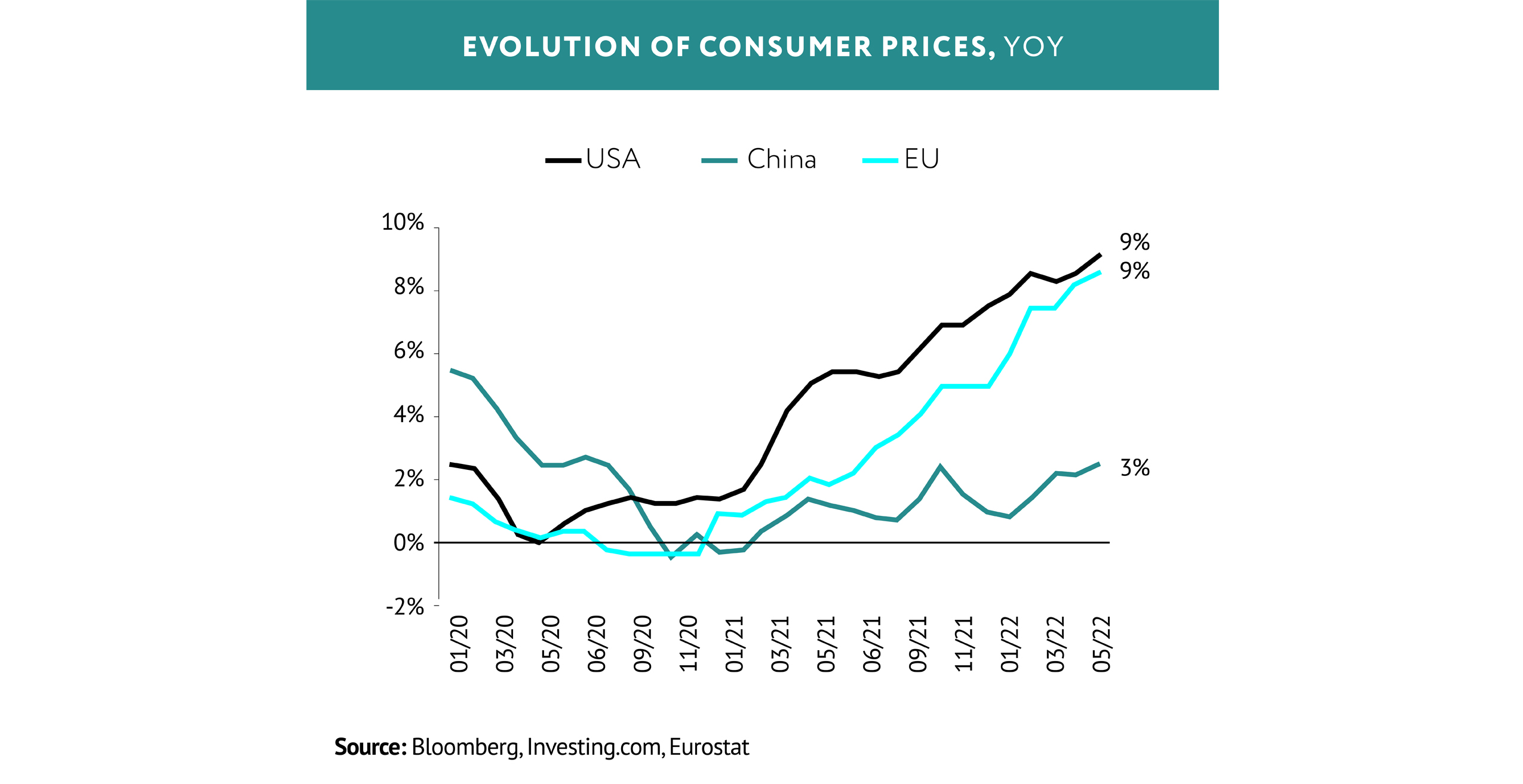 Russian GDP contracted by 4% in Q2 and by 0.5% in H1. Except the pandemic period, when GDP fell by 7% in Q2, a similar decline was observed during the 2009 crisis only. Situation is the most severe in the wholesale and retail trade sphere, while such segments as feedstock production and new housing commissioning did not have such significant exposure. Analysts improved the GDP reduction outlook to 7% in 2022 (+3% against initial expectations). The reassessment is associated with successful redirection of a portion of commodities export to Asian nations.

China and India significantly increased their weight as key Russian partners in foreign trade but are obviously unable to become a full-fledged alternative to former partners.

RUSSIAN GDP CONTRACTED BY 4% IN Q2 AND BY 0.5% IN H1. EXCEPT THE PANDEMIC PERIOD, WHEN GDP FELL BY 7% IN Q2, A SIMILAR DECLINE WAS OBSERVED DURING THE 2009 CRISIS ONLY

Oil: is there any alternative to Russian supplies?

In H1, oil demand and supply worldwide reached the balance for the first time since mid-2020 but inventories are at a low level, which result in high prices maintained (USD 114 per barrel on the average in Q2 2022). Rebalancing was partly achieved by week demand evolution from the Chinese side due to COVID. The Chinese import dropped by 3% in H1 2022, while oil refining at refineries tumbled 6% (YOY). The risk of dramatic decline in Russian export supplies has not materialized from the supply side, helping to keep the price rise within reasonable limits. 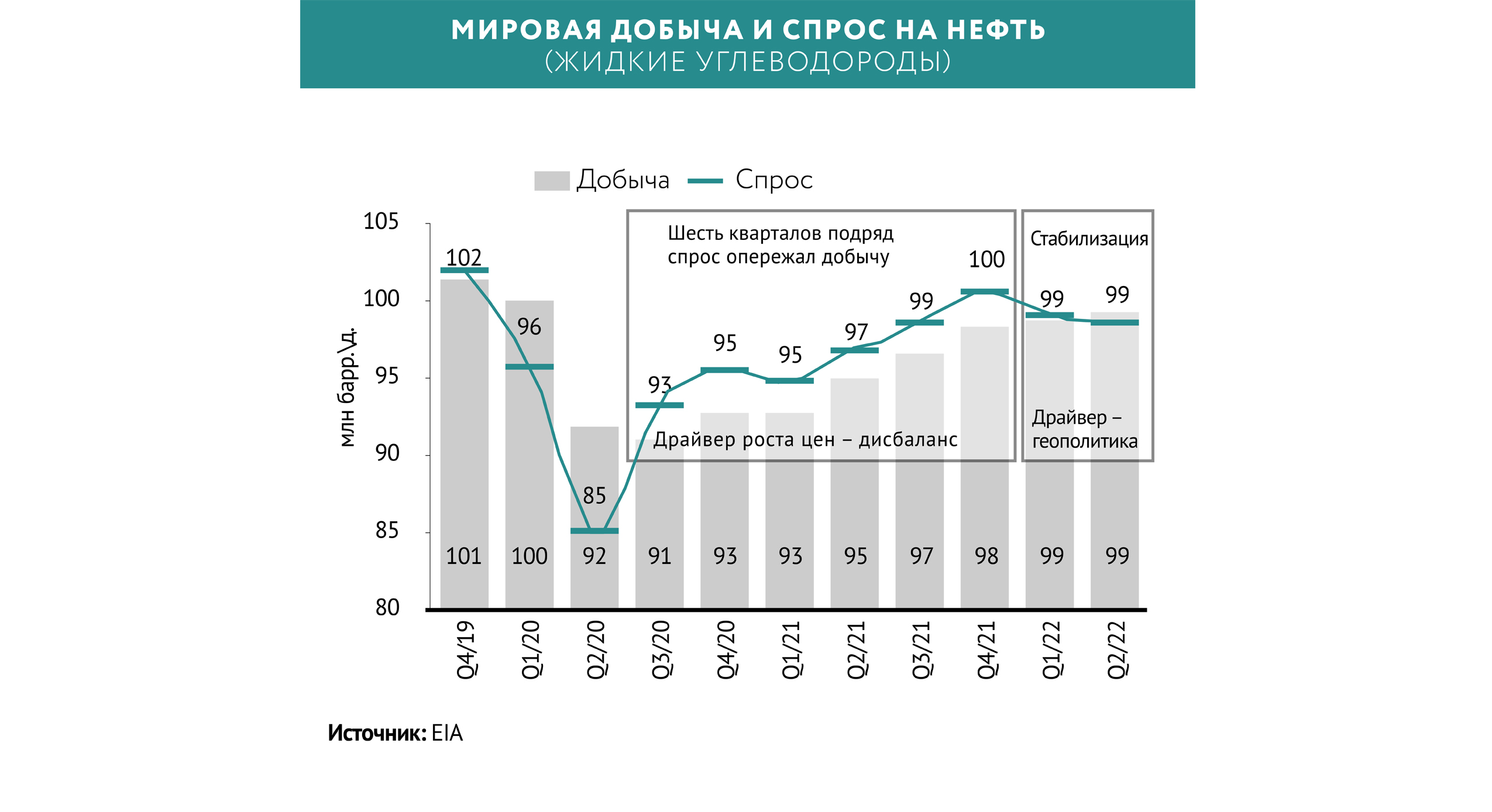 Market players have also comprehended that there is no real alternative to Russian supplies in the short term. Plans for incremental growth of oil supplies by OPEC countries, including Iran and Venezuela, or more active growth in North America by year-end are not comparable so far.

Continuing oil release from strategic reserves of the US and other OECD countries, which will continue until October 2022, supports oil supply on the market. Furthermore, OPEC+ made the decision in early June to increase the quota in July and August by 648,000 bpd (432,000 bpd were planned earlier). Voluntary restrictions of OPEC+ countries will be leveled up against the increase quota as early as by late August.

THE PETROCHEMICAL SECTOR KEEPS THE UPWARD TREND FOR PETROCHEMICALS PRICES. THE ICIS GLOBAL PETROCHEMICAL INDEX (IPEX) ROSE BY 9% QUARTER ON QUARTER IN Q2 2022, WITH THE WORST DYNAMICS REPORTED IN NORTH-EASTERN ASIA (+6% QOQ)

The petrochemical sector keeps the upward trend for petrochemicals prices. The ICIS Global Petrochemical Index (IPEX) rose by 9% quarter on quarter in Q2 2022, with the worst dynamics reported in North-Eastern Asia (+6% QOQ).

The PET market, with prices significantly lagging behind PE, PP and rubbers, has the most uncomfortable situation among large-tonnage petrochemicals. 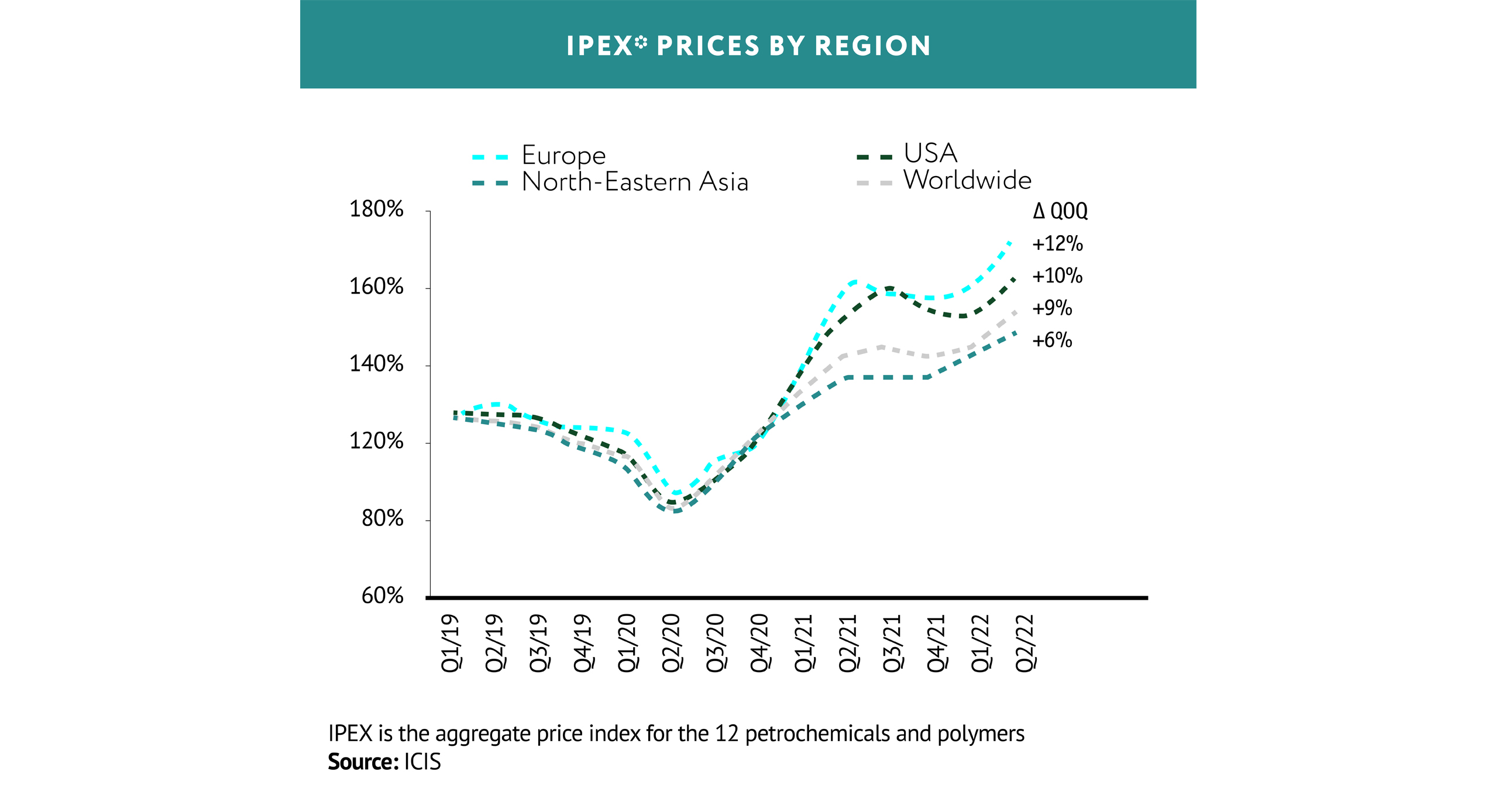 The probability exists for the entire global economy and the petrochemical industry to slow down in view of intensified risks of recession in the US. China in this case is the only major market capable to at least partly compensate the global deceleration. Several significant factors currently driving the petrochemical sector in China. High feedstock prices coupled with the launch of new projects and the expected increase in surplus capacity lead to declining marginality of the industry. In its turn, this affects unscheduled shutdowns or capacity utilization decline. On the one part, supplies go down, on the other part – COVID zero tolerance impedes demand growth. We eventually see market rebalancing on account of lower imports of key petrochemicals.

PE and PP quoted prices keep a significant difference in regional prices in the US and Europe against China in view of high prices for marine container logistics. 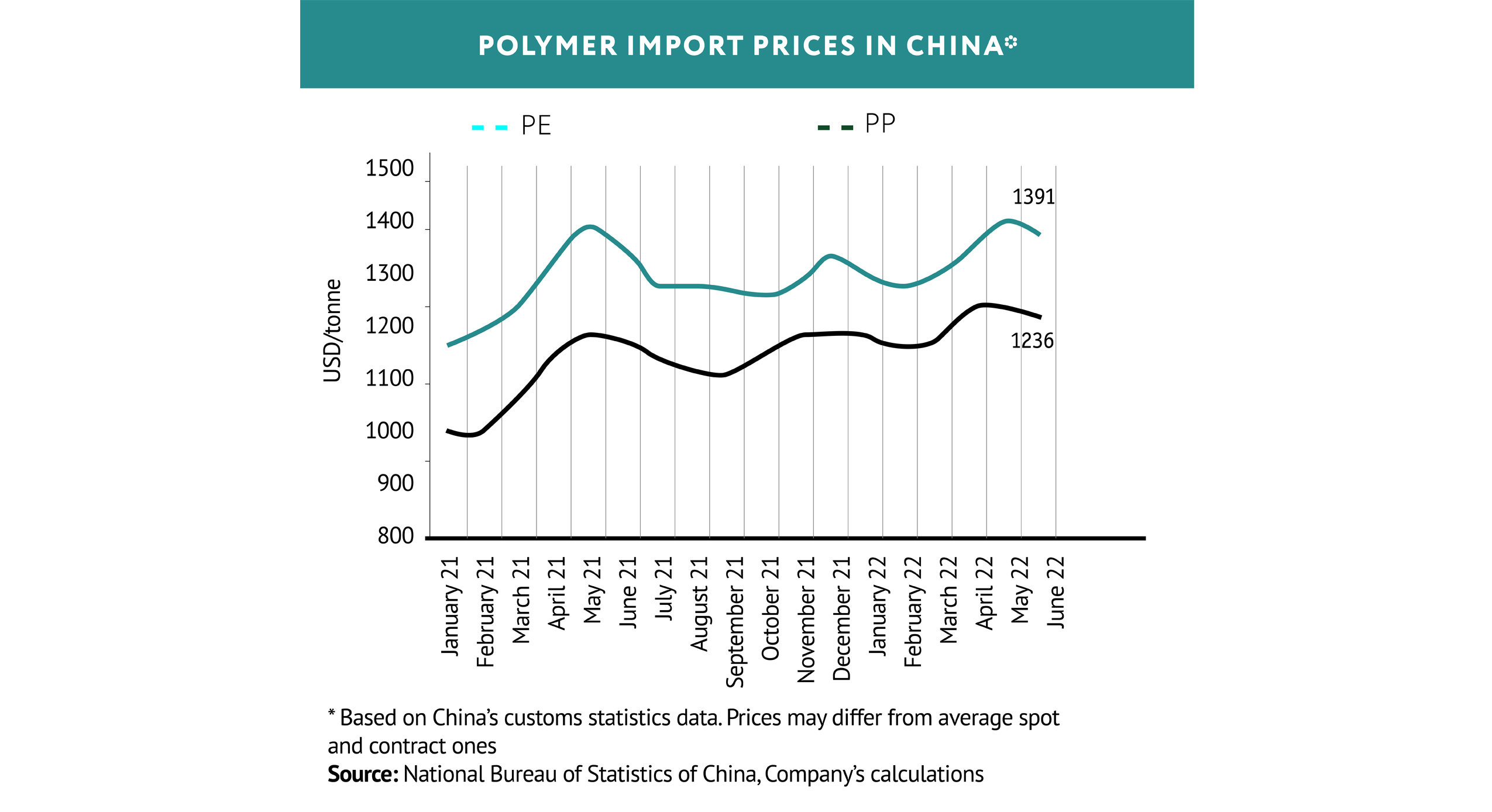 The difference in spot prices for individual products and grades reached USD 800 per tonne between the US and China as the quarterly average. The US polymer market becomes the priority one for domestic producers in such environment, which influences restrictions of polymer export from the region, including to Asia. At the same time, competition for the Asian market, particularly for China, is intensifying. Local producers scaled up their production in Q2 against 2021, despite the output contraction against Q1 due to COVID. This influenced the continuing import contraction. For example, according to China’s customs statistics data, PE import in Q2 stood at about 3 Mt, which is 16% lower than in the previous quarter and 12% lower year-on-year. Export of polymers remains volatile, reacting to the economic activity inside the country and to prices in neighboring regions. 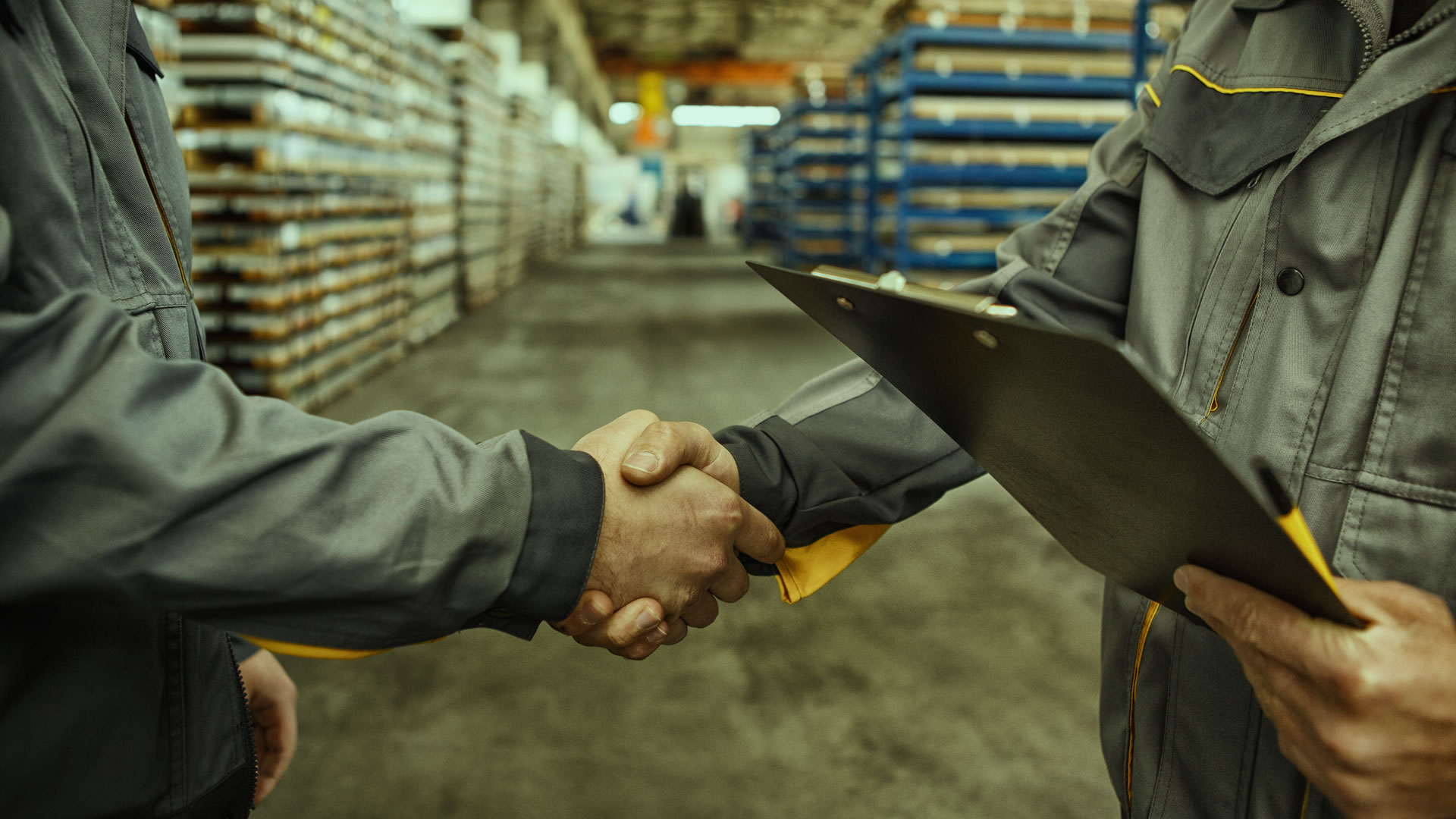 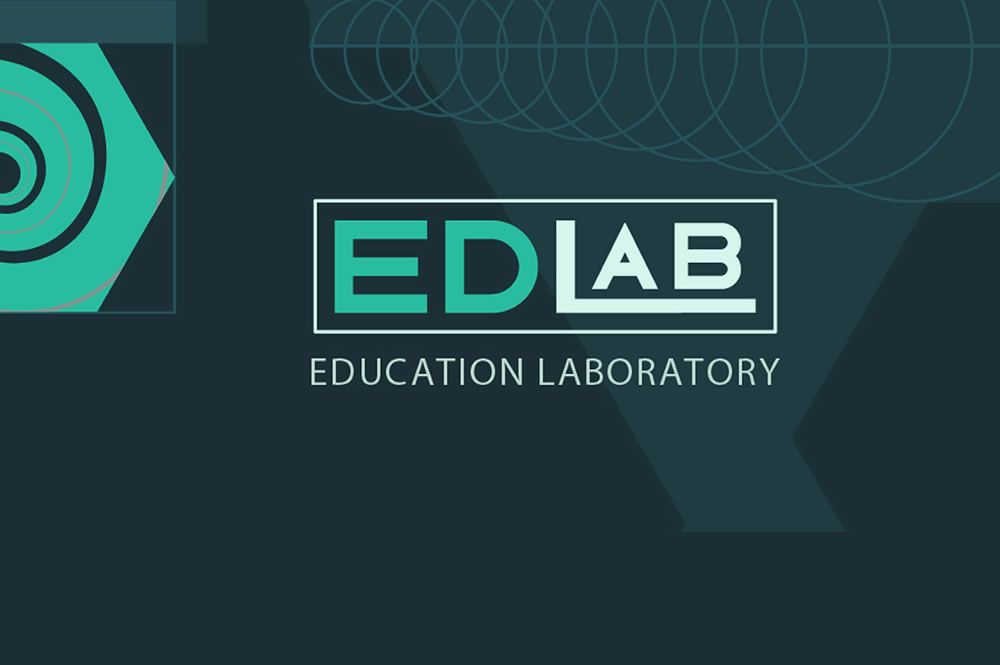 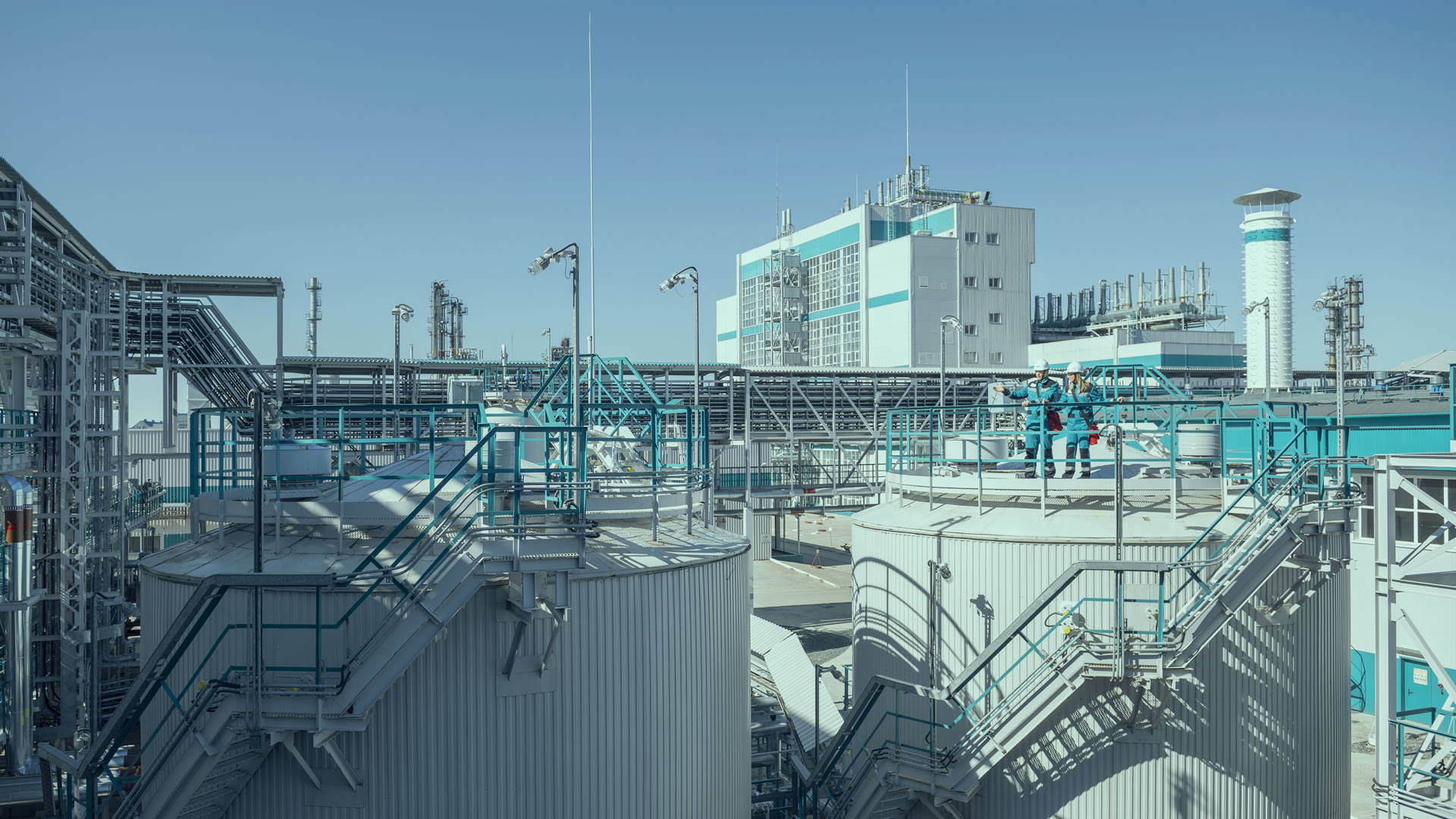 Base Polymers Division of SIBUR — regarding the results of SIBUR and TAIF assets consolidation. 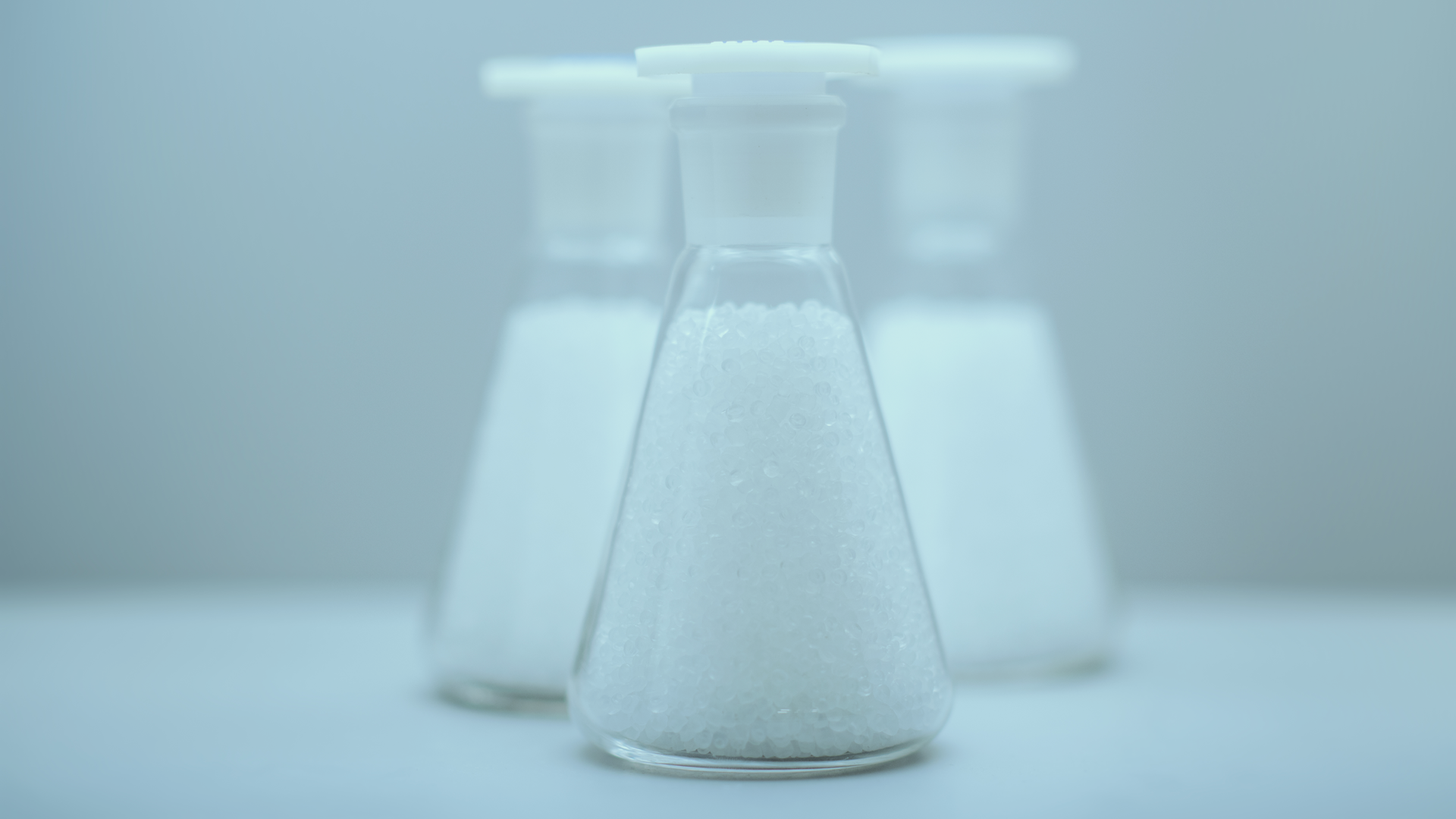 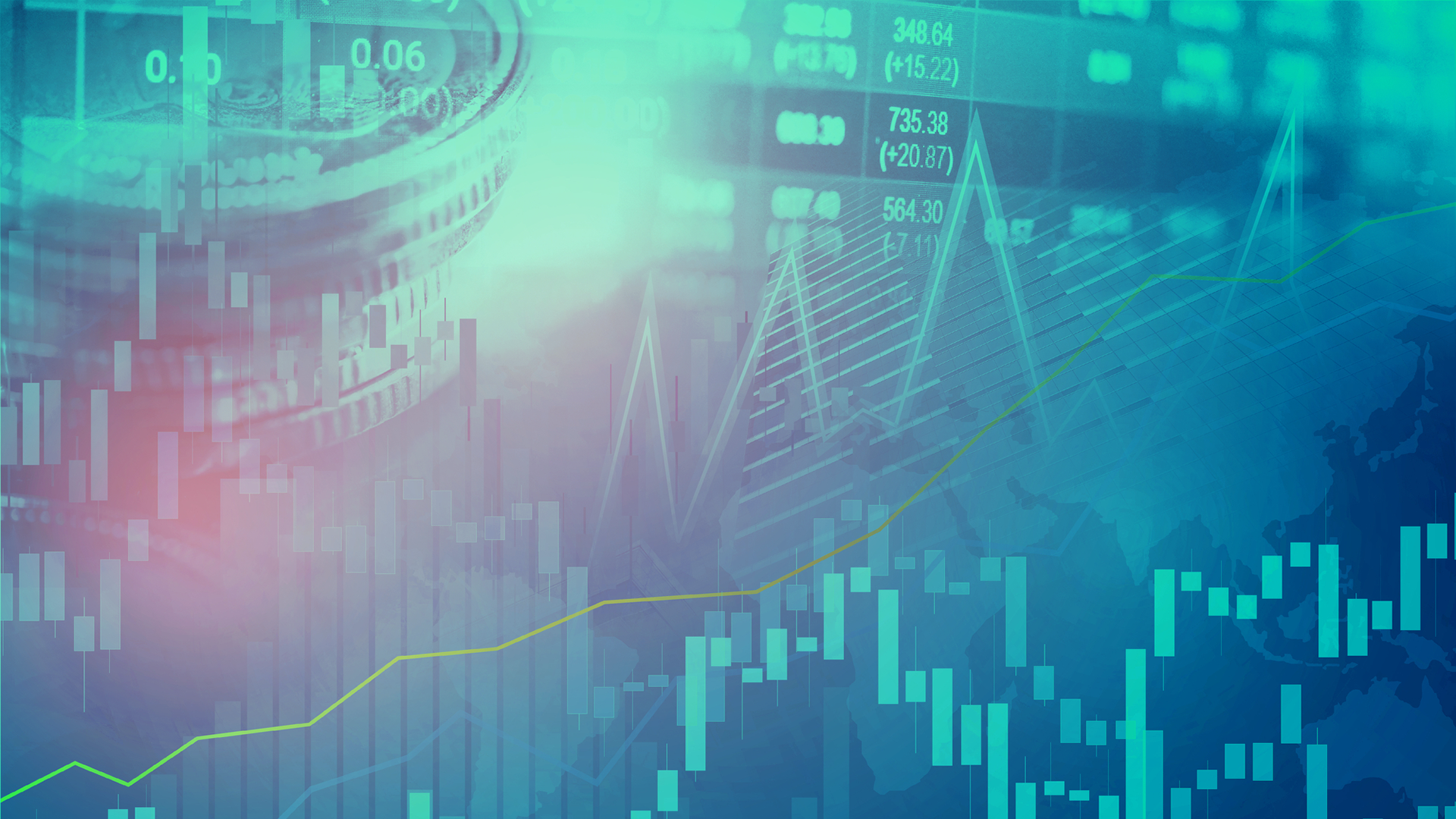 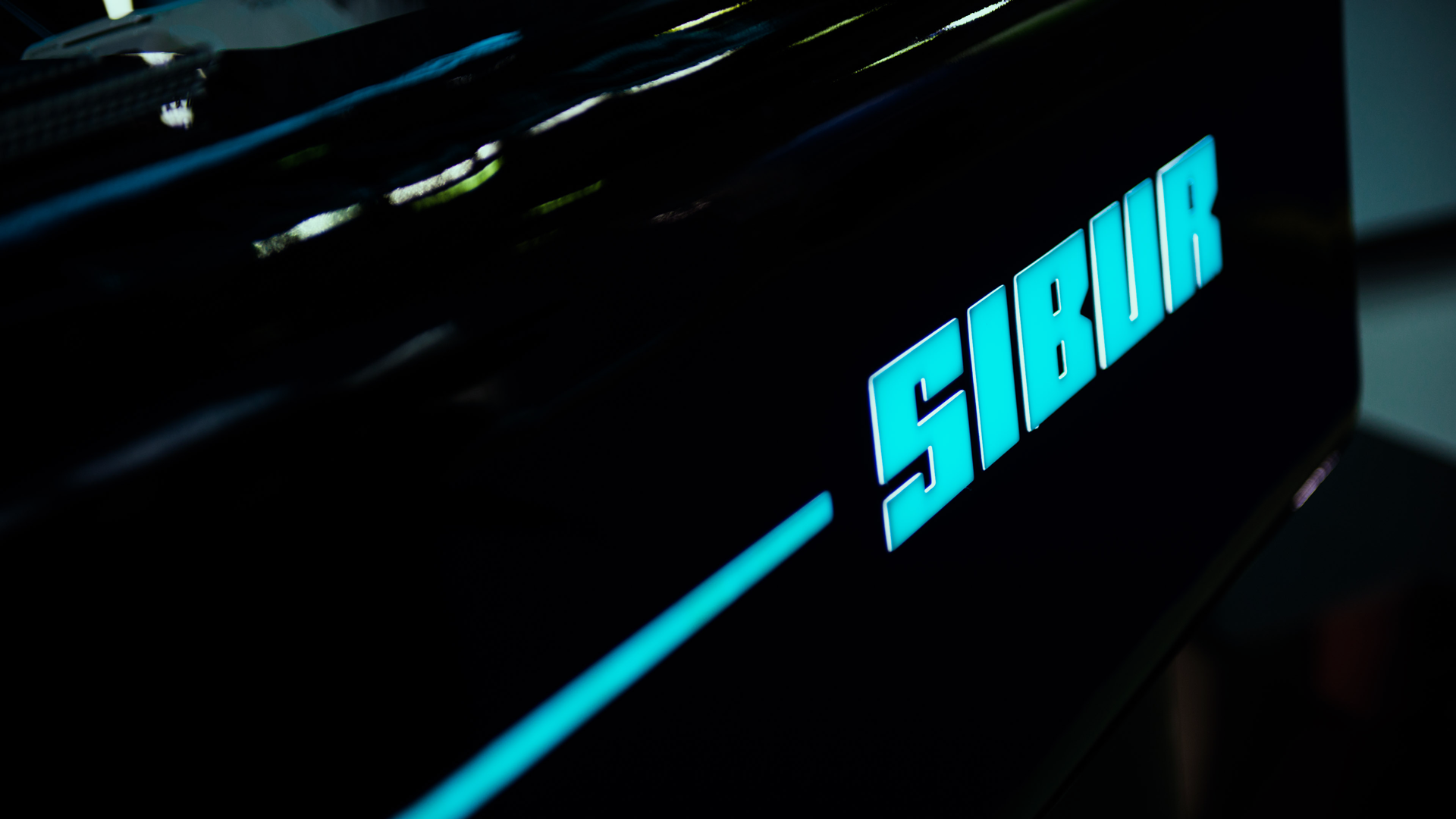 Soaring gas prices could result in between USD 20 billion and USD 100 billion in extra revenue for Russia in 2022.